As mentioned in the previous post, my wife Noelle (a professional violinist) and I spoke to the members of the New World Youth Orchestra about performing in an orchestra. We talked about four pillars of respect that are required for excellence in any musical ensemble. 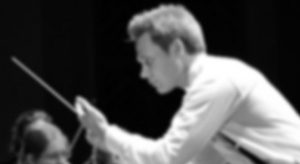 We asked the students to create a list of the many ways one demonstrates those traits when they are part of a performing group such as a symphony orchestra, band, or any other group that strives for excellence. You can find the first list (Respect for the Music) here.Here is the second list.

How to Show Respect for the Conductor

Truth be told, the last two were added by my wife Noelle. But we both feel pretty strongly that when you take something seriously, you should also look and act that way. In many cases, a sloppy appearance can actually lead to sloppy playing. And some professionals might disagree with number 6, but all in all, the wisdom in this list as created by a group of young musicians is worth remembering.